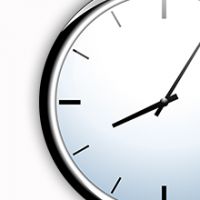 In 1909, Rev. John McGann of St. Paul’s Episcopal Church, Columbus, Ohio and a group of volunteers decided to do something about the needs of the people living in the Panhandle, extending north of the church to the Pennsylvania Railroad Yards. The inhabitants were immigrants who were alone, poor and hardly understood. They were without a sense of belonging. Their children were lacking both recreational and educational facilities. The church group felt that some means could be devised for overcoming this situation, possibly by creating interest in community activities, and providing assistance in learning about their traditions and way of life. The committee raised money to rent a six room house at 945 Curtis Avenue. Each person of the committee then headed a different group such as: a girls’ sewing group, boys’ manual training, a mother’s club, etc. As Neighborhood House, Inc. grew, the congregation of St. Paul’s Episcopal Church raised enough money to purchase 971 Leonard Avenue. In 1913, it became necessary to employ a paid worker to coordinate the activities of the volunteers. By 1914, a full-time resident worker, Miss Edna Wright was retained. Neighborhood House, Inc. was now a true social settlement house, with kindergarten and the first free dental clinic in Columbus, Ohio. When Mrs. Alfred Rumer became Head Resident Worker in the year 1917, a program was developed which emphasized Public Health, one of the greatest needs of the neighborhood. During this time, Neighborhood House, Inc. continued to grow, and its influence spread throughout the surrounding community. St. Paul’s Church was Neighborhood House’s sole support. Finally, in 1923, Neighborhood House received its first allotment from the Community Chest for operating expenses. Since 1980, this settlement house has been sponsored by the Episcopal Churches in the City, The City of Columbus, Franklin County, ADAMH, United Way, and other donors. The Neighborhood House has transitioned from a settlement house to a beacon of hope for the community. Our objective is to serve the community
through health and education initiatives that impact families.

Subscribe and get the latest updates, news, and more...

We're on Social Networks. Follow us & get in touch.